Opening of a Khachkar in Memory of the Machkalashen Heroes 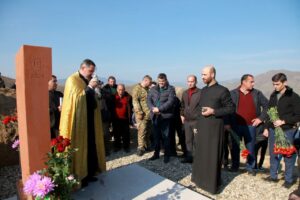 Addressing those present with a sermon, Father Andreas noted:

“By installing the khachkar, we perpetuate the memory of our brothers who gave their lives for our peaceful life. By their death, they gave us life. We must continue the sacred mission of strengthening and preserving peace in Artsakh with greater responsibility. As Golgotha became a sacred place for Christians, so this hill, on which the khachkar was installed, should become a sacred place for the residents of the community, imparting an unshakable spirit to the local military personnel. "

Blessed be the memory of the righteous ... 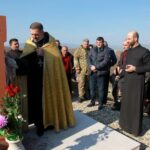 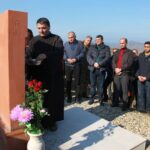 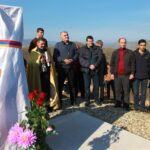 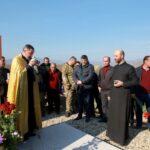 Karvachar region is situated in the northwestern part of Artsakh, covering an area of 1830 km square. The regional center, the city of Karvachar, is located 128 km from Stepanakert. Across the region flows one of the largest rivers of the area, the Tartar River.

The relief of the Karvachar region is mountainous and extremely rugged. In different periods of history, this region was called Vaikunik (until the XII-XIII centuries), Upper Khachen (XIII-XVIII centuries), Kolan (XVIII-XIX centuries). Numerous architectural monuments have been preserved here, attesting to the significant role of this area in the history of Armenia. Among the most renowned monuments are the Dadivank Monastery and the Andaberd Fortress. Karvachar is well known for its nature - dense virgin forests, turbulent mountain rivers, low, but very picturesque waterfalls, thermal springs, and lakes.

Shahumyan region was occupied by Azerbaijan in 1992. The local Armenian population (about 20,000) was evacuated. Then Shahumyan was resettled by Azeris, and the city of Shahumyan was renamed Ashaghi Agjakend.